Is artificial grass bad for the environment?

The environmental impact of artificial turf is an important topic. Here, we address some of the most frequently raised concerns…

On our social media page, we sometimes get gardeners expressing their concern about how artificial turf is bad for UK wildlife. And while we do understand those concerns, it’s also important to remember that artificial grass doesn’t exist to replace that nature in your garden – it’s there to work with and enhance your garden’s existing natural features. 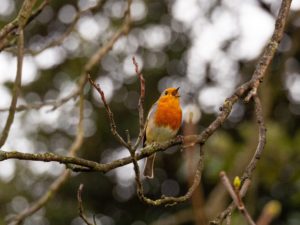 Research shows that, because artificial turf means no more mowing the lawn, people can spend more time tending to the features of the garden that are more beneficial to the birds than grass is. For example, planting bird and bee-friendly plants.

And that makes sense when you think about it. Mowing the lawn is both time-consuming and tiring, and the last thing most people want to do after mowing the lawn is tend to the other aspects of the garden – you just want to put your feet up with a drink and chill out – and why not, you’ve earned it!

To summarise, Wonderlawn utilises a semi-permeable membrane, meaning that water simply soaks into the earth as it would with normal grass. It’s worth noting that we see installation as a whole landscaping project, meaning drainage is always a priority. Our turf isn’t simply rolled on top of an existing surface, unlike with some of our competitors…

On a similar note, pet urine absorption is another concern for those on the fence about installing artificial turf. Pet owners will be pleased to know that Wonderlawn’s Petfill Plus formula utilises a special honeycombed molecular structure which is scientifically engineered to absorb pet urine and prevent the ammonia from forming a gas – this ammonia is one of the main culprits behind unpleasant pet urine smells. This bacterial ammonia is then flushed into the earth with rainwater, leaving the infill fresh, and ready to do its job all over again. 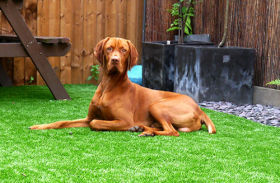 Positive effects of artificial turf on the environment

The amount of water needed to keep a lawn looking healthy varies depending on the local climate, but estimates state that the average lawn requires around two inches of water per week to stay green. In The US, studies conclude that the average American family uses 320 gallons of water per day, 30% of which is devoted to outdoor use. Landscape irrigation accounts for almost one-third of all residential water use in America, totalling nearly 9 BILLION gallons per day. 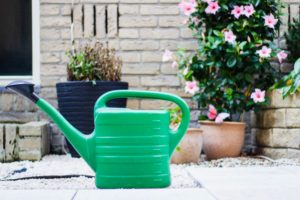 Have you ever even considered the emissions that lawnmowers release into the environment? To use America as an example again, gas mowers account for 5% of US air pollution. And according to the EPA, a new gas-powered lawnmower operated for one hour produces the same amount of volatile organic compounds and nitrogen-oxide emissions as 11 new cars being driven for one hour. Those stats are quite staggering.

Chemical runoff from residential lawns can harm streams, rivers, and even the ocean.

With artificial turf, there is barely any maintenance needed, so you can finally say goodbye to all that time, money, and effort spent upkeeping a natural lawn. 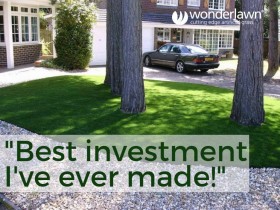