Mrs Marinello had contacted us, along with another two companies, early in September 2017. It became evident very quickly that this was far from a typical installation. The existing area was a mix of old pathway, flowerbeds, a rockery and even a set of ladders! Having refurbished the entire house, her attention and turned to the garden and she had began the makeover with new fencing and new shed. 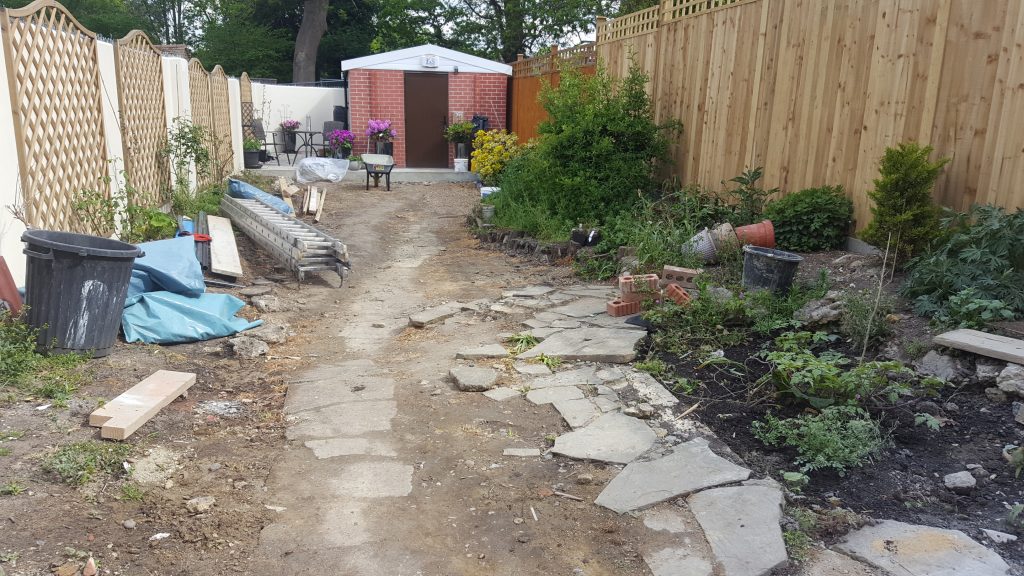 It was clear that something dramatic needed to be done and due to the combination of high quality products, Wonderlawn’s attention to detail and in particular our guarantee which includes our base work, we were chosen as the preferred supplier. An installation date was booked in with a fair amount of time to allow for planning and to fit in with the installers schedule.

A week later we received a desperate phone call from the customer outlining that the family had been forced to move their son’s birthday party being changed from a local venue to her own home, or in particular, the garden! Not only that but it was the following weekend which meant we had one day to complete the entire installation. In an effort to help prevent a birthday disaster, we organised for two teams to arrive on the Friday morning.

The first part of the job was to clear the existing ground, agree which plants and shrubs would be kept and decide on the shape of the new borders, which the customer wanted curved. 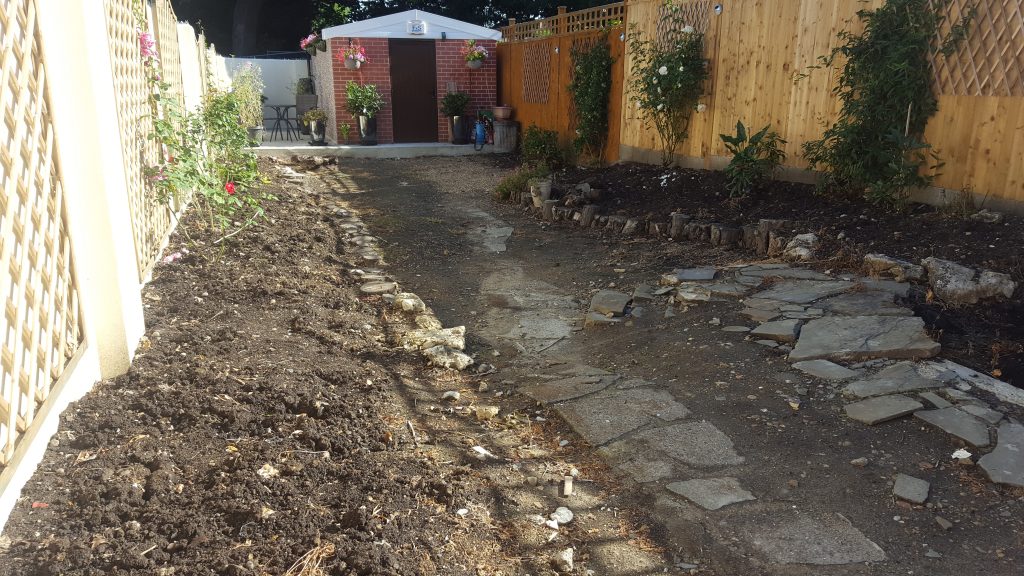 The next stage was where the real work began. Once the edges had been set the teams went about bringing in around 15 tonnes of stone the significantly raise the base. This was then levelled and compacted. 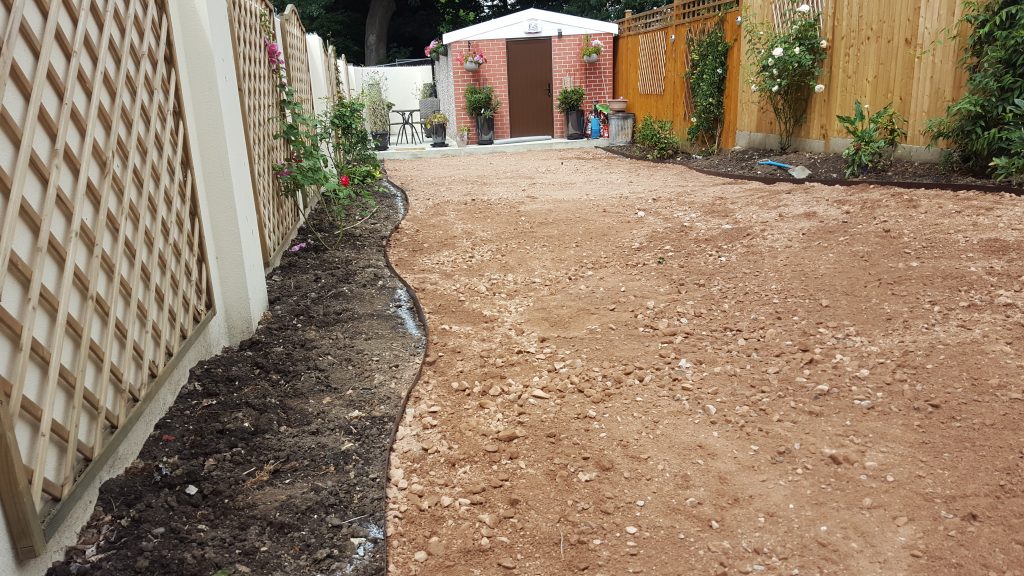 This was then followed with 3 tonnes of crushed granite, again all levelled and compacted. 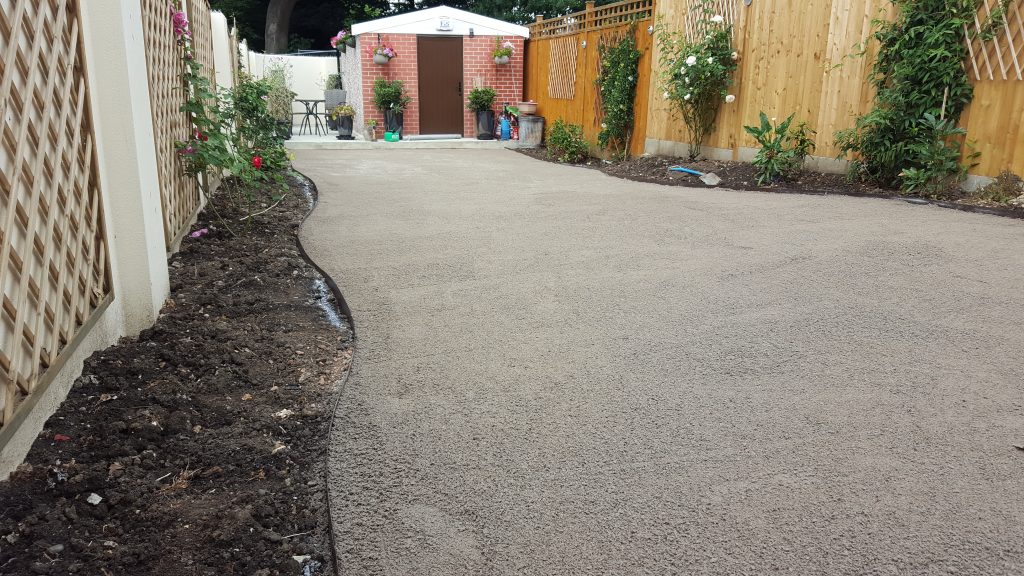 Our teams had arrived at 7.30am just as Mrs Marinello left for work and the look on her face at 6.30 when she returned was priceless. Maybe not a typical “all in a days work” but it again demonstrated what can be achieved when a professional, well-motivated organisation manages the installation. 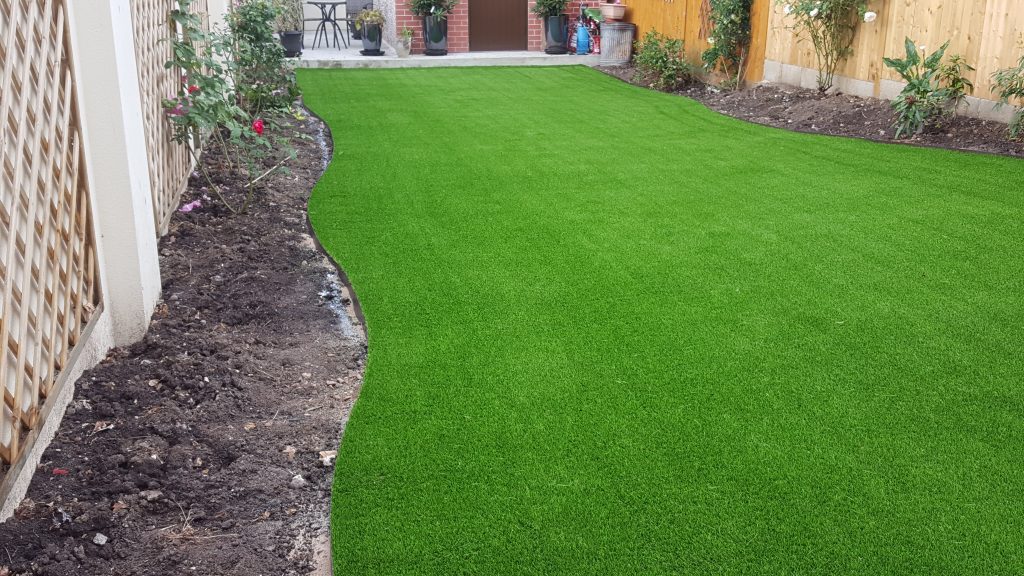